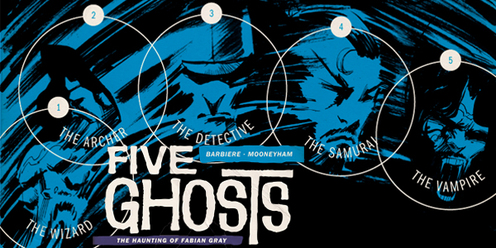 Treasure Amongst the Masses:

With Awesome Con on the heels of PAX East, I am reminded of my best find from last year. 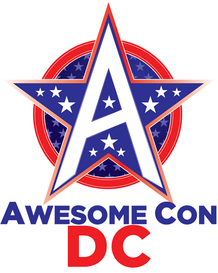 Last year's inaugural Awesome Con was my first real comic book convention. While I had a decent idea of what to expect (and I wasn't too far off), I was still very excited for the event. For it being their first one, the con was put together pretty well. Most of the panels were great and there were a ton of excellent vendors and artist to purchase from or get signatures (Ben Templesmith signed all of my 30 Days of Night books and was a pleasure to interact with).

One of my goals besides getting things signed was to try to complete my Poison Elves collection (found a good chunk) and grab some World War Hulk trade paperbacks (unsuccessful). Whenever I am at a convention, I try to observe what other people are drawn to or what they are talking to vendors about. I find that the biggest lines aren't always for the best things. This was the case for me when I was at the Third Eye Comics table.

I was perusing the new releases table when I heard a bunch of talk about Five Ghosts: The Haunting of Fabian Gray. I had never heard about this comic before but the art style on the cover instantly drew me in. It was a very refreshing break from all of the super high detail digital art covers that are the norm these days. 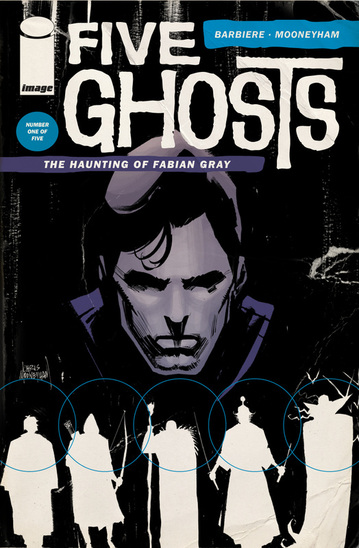 Up until that day, I had never heard of the the title, much less the authors involved with the project. I took it as a good sign that people were buying up all of the issues that had been released so far (two or three at the time). I followed suit and collected my stack to see what the fuss was all about. While paying for the comics, I talked to the merchant and he filled me in on a bit of the history.

Apparently, the creative talent first ran a Kickstarter in order to raise money just to put out the first issue and get things rolling. They raised 152% of their goal ($2,000) and successfully self-published the first issue, releasing it at NYCC 2012. Soon after, Image Comics picked them up to do a five issue run.

The first five issues had such a positive response that Image decided to turn Five Ghosts into an ongoing series. Since then, there has been nothing but praise for the series as they continue to crank out the adventure - issues #11 and #12 will be out later this month.

One of the reasons for such success is because of the original story concept and plot: 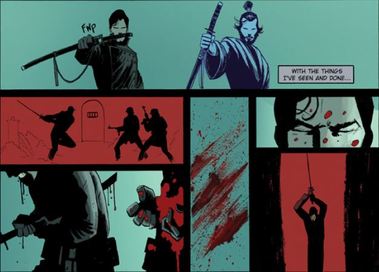 Five Ghosts follows the story of Fabian Gray, an infamous 1930’s treasure hunter who makes a living seeking out rare items for private clients. After an encounter with a strange artifact known as “the dreamstone,” Fabian finds himself possessed by five literary ghosts (Merlin, Robin Hood, Sherlock Holmes, Musashi, and Dracula) and is granted access to their unique abilities.  These powers have come at a price, however: the dreamstone consumed the soul of Fabian’s closest ally, his twin sister, and has left her in a lifeless coma.  Fabian now tirelessly travels the globe searching for a “cure” for her condition while trying to control his own ghostly affliction. 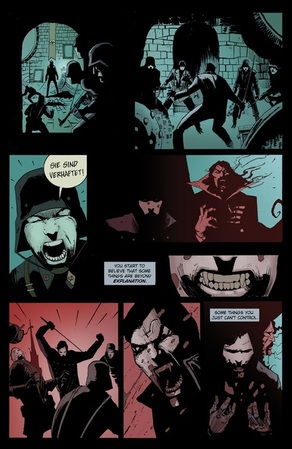 The above quote is from the Five Ghosts Kickstarter Page. The idea of literary ghosts may seem a bit hokey at first but in the series it is anything but. (Point of interest: their names are actually never mentioned within the comics themselves.)

With Fabian willing to do whatever it takes to help his sister, his use of these entities is often a swift means to an end. These are not the literary classics we went over in school...

As mentioned before, the art style and coloring is a very nice change of pace. While it may seem plain at first, the line-work is top notch and the detail is in what is not drawn.  The color scheme keeps things simple as well but often great things happen when the K.I.S.S. principle is applied (Keep It Simple Stupid). Something that the art is not, is a distraction.

While super high detailed art can be great, it can often interrupt the flow of a comic and distract the reader. This can lead them to just looking at the pictures instead of taking in the story that they help tell. Maybe I'm dating myself here, but the art style reminds me of the old style used in the Prince Valiant comic strip. 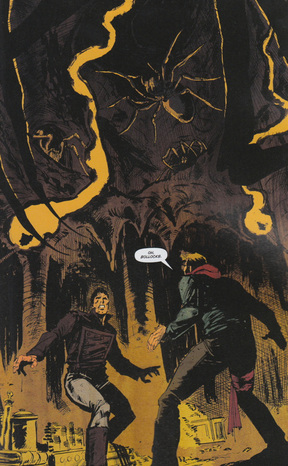 Besides the art, the writing and plot just make this comic so damn fun to read! If you put together the crazy adventure and artifact hunting (and Nazis for that matter) from Indiana Jones, a touch of the James Bond lady skills and a healthy dose of Conan the Barbarian's brutal combat and sinister dark sorcery, Five Ghosts is what you get.

I highly recommend picking up the trade paperback of the first five issues - you will burn through it as if it were a single comic. With the trade paperback for the next arc (Lost Coastlines) coming out on May 14th, its a great time to get familiar with this modern classic.